George R.R. Martin Says The Winds of Winter Will Not Be Released in 2018 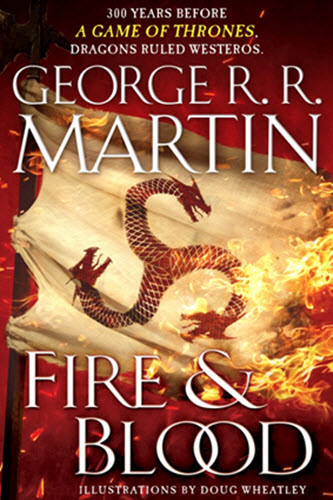 George R.R. Martin warns that winter is not coming in 2018. This is not a weather forecast but news that The Winds of Winter - the sixth book in "A Song of Ice and Fire" - will not be released this year.

Variety notes that Martin's fans have been waiting since 2011 for a new novel. Martin's readers have urged him to write faster. There was even a hilarious video released in 2012 encouraging him to write like the wind.

However, Martin is releasing a book called Fire & Blood. It contains the first half of Archmaester Gyldayn's history of the Targaryen kings of Westeros.

It’s a hefty book, almost a thousand manuscript pages (okay, 989, if you want to be precise). That’s not quite as long as A GAME OF THRONES or any of the later volumes in A SONG FOR ICE AND FIRE, but there’s a lot of reading there, and I hope you’ll enjoy it. This first volume covers all the Targaryen kings from Aegon I (the Conquerer) to the regency of Aegon III (the Dragonbane), along with their wives, wars, siblings, children, friends, rivals, laws, travels, and sundry other matters. For those not up on your Westerosi history, that’s Aegon I, Aenys, Maegor the Cruel, Jaehaerys I (the Conciliator), Viserys I, Aegon II (and Rhaenyra), and Aegon III (the regency). Oh, and there are dragons too.

Fire & Blood will also provide information about the origin of Daenerys's three dragon eggs and the Dance of the Dragons. It will be released on November 20, 2018.