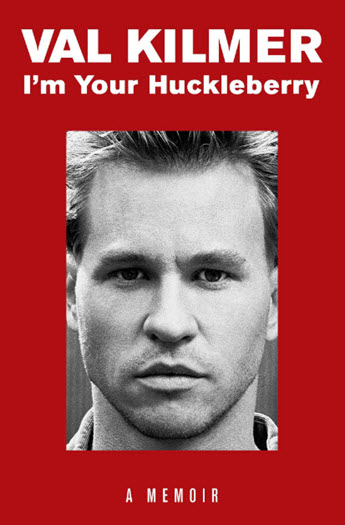 Actor Val Kilmer is publishing a memoir with Simon & Schuster. The book will be called I'm Your Huckleberry. It is set to be published on April 21, 2020.

The book will cover Kilmer's career, romances, spiritual journey, throat cancer diagnosis and recovery and more. Kilmer is known for his long career that has included many films in multiple genres. Some of the notable films include Top Gun, The Doors, Heat, Batman Forever, The Island of Dr. Moreau, The Saint, Real Genius and Tombstone.

Kilmer says in the book announcement, "The cancer was healed, but for the time being my speech is distorted. It’s hell to make myself understood. Talking, once my joy, has become my struggle. Over the past year, frustration has been transformed through writing. Storytelling has become my hope and salvation. Early on, I identified as a writer. My family’s history is replete with them: troubadours, historians, doctors, preachers, even a bona fide snake oil salesman. Stories can be revelations. In this book, I offer a few."

Val Kilmer is a graduate of Juilliard's drama department. Kilmer has also published two books of poetry and is a visual artist with artwork exhibited in galleries worldwide.

The book was acquired by Sean Manning, executive editor at Simon & Schuster. Manning says, "Val is such a gifted storyteller. For decades he has done it with dynamic acting, and now he has done it with exquisite writing. He is astoundingly well-read, able to quote Shakespeare, Robert Frost, Samuel Beckett and Mark Twain at will."