Shel Silverstein's Runny Babbit Returns to be Published in September 2017 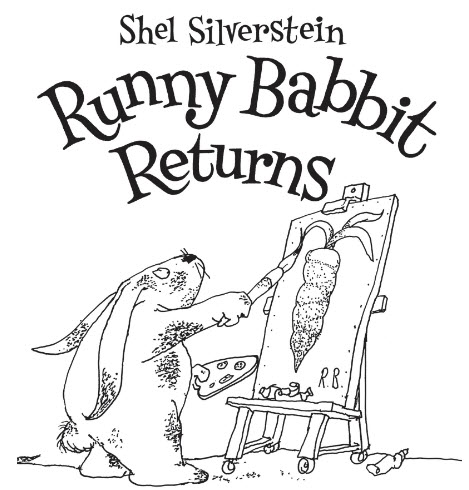 HarperCollins Children's Books has announced plans to publish Runny Babbit Returns, a previously unpublished collection of spoonerism children's poems by Shel Silverstein. The collection is a follow-up to the 2005 book, Runny Babbit. The book will be posthumously published on September 19, 2017.

Shel Silverstein children's books have sold more than 39 million copies in the U.S. alone. Runny Babbit was a huge hit and has sold over 770,000 copies. It spent 39 weeks on the New York Times bestseller list. Runny Babbit Returns features 41 new poems and drawings.

Suzanne Murphy, President and Publisher of HarperCollins Children's Books, says in the announcement, "We're delighted to continue the legacy of the extraordinary Shel Silverstein, a household name for over fifty years. This never-before-published collection of poems and drawings will be cherished by readers of all ages and is a wonderful companion book to follow Runny Babbit."

A pre-order page has already be set up on Amazon.com. The cover art shows a rabbit artist painting a carrot.