The Mueller Report to be Published as a Graphic Novel 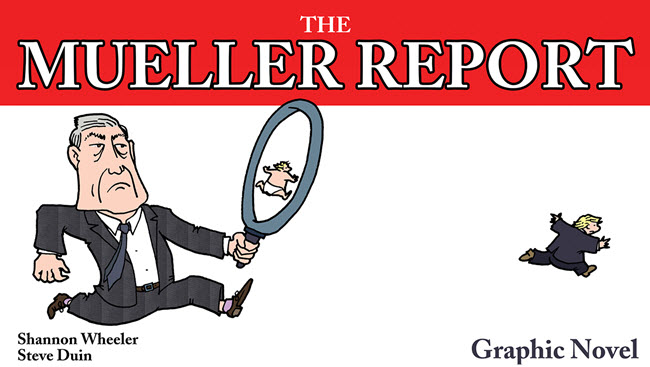 IDW has announced plans to publish a graphic novel version of The Mueller Report. The Mueller Report was a 400+ page report by Special Counsel Robert Mueller on his investigations into Russian interference in the 2016 presidential election. The report also included information about Mueller's investigation into any links between the Russian government and the Trump campaign.

President Trump initially praised Mueller's report saying it "totally exonerated" him. This ended up being premature as the report lists multiple potential obstructions of justice. The Mueller Report itself says specifically that it does not exonerate the President. Mueller also gave a press conference where he said, "As set forth in our report, after that investigation, if we had confidence that the President clearly did not commit a crime, we would have said that. We did not, however, make a determination as to whether the President did commit a crime." More recently, President Trump has reverted to attacking Mueller and his investigation.

IDW says The Mueller Report: Graphic Novel will include coverage of the infamous Trump Tower Meeting and Trump's profanity laden utterance when he discovered he was the suspect of an investigation. It is being illustrated and written by New Yorker cartoonist Shannon Wheeler and journalist Steve Duin.

The graphic novel's editor Justin Eisinger says in the announcement, "Shannon and Steve have done an incredible job taking the rotten ingredients catalogued by Robert Mueller and turning them into a delicious satirical feast. It'’s funny. It's maddening. But it's a great resource for anyone that wants to be informed about the findings of the most important law enforcement document created in our lifetime."

A graphic novel version of what's in Mueller's report is a good idea. A funny teaser image for the book from IDW shows Mueller chasing down a fleeing Trump with a magnifying glass. Unfortunately, you will have to wait until April 2020 to flip through the pages of the graphic novel.

The Mueller Report is also being published as a book by multiple publishers, including Scribner.