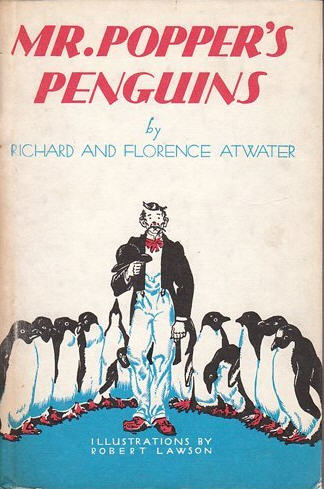 Variety reports that Noah Baumbach and Ben Stiller are in talks discussing the possibility of adapting Mr. Popper's Penguins for the silver screen.

Baumbach is in talks to direct Stiller in 20th Century Fox's "Mr. Popper's Penguins," based on the beloved 1938 children's book. Stiller also is in talks at this point; no deal has been made.

John Davis is producing through his Davis Entertainment production company.

Mr. Popper's Penguins won the Newbery Award in 1939. It isn't clear if Ben Stiller would play Mr. Popper, but it sounds like the role he should play. It also isn't clear if the penguins would be real penguins or if CGI would be involved. There are twelve penguins in the children's book.