J.R.R. Tolkien's Beren and Luthien to be Published by HarperCollins 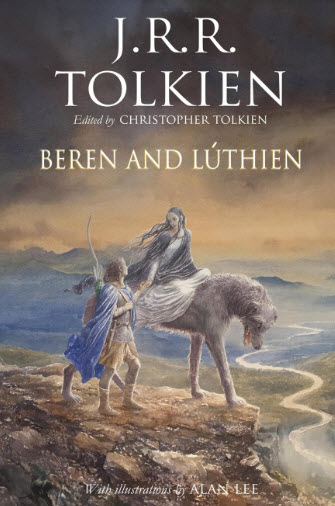 HarperCollins will publish a new book by J.R.R. Tolkien in May, 2017. Christopher Tolkien will edit Beren and Luthien, the classic love story Tolkien wrote long before he wrote The Hobbit. Tolkien told the story of the elf maiden Luthien and the human Beren in a number of different formats throughout his life, in prose and in verse. The story is mentioned in The Lord of the Rings, was told in The Silmarillion and is a crucial part of the mythology Tolkien created. The story was also the basis for the love story between Aragorn and Arwen in The Lord of the Rings.

Luthien Tinuviel's father was a powerful Elf lord who was not happy about his daughter wanting to marry a human. So he set Beren an impossible task: steal a Silmaril from the dark lord Morgoth. The two set out on a perilous quest. Luthien was inspired by Tolkien's great love for his wife Edith, whom he once saw dancing in a field of flowers. The image stayed with him. On his wife Edith's grave is the word Luthien. He has the word Beren on his grave.

The book will show the differing versions of the story, but will also present the story in a cohesive text form which is certain to thrill fans. And could a film version be possible? It's a fantastic story, after all.