Another popular writing meme is the writer's block meme. Many writers are inflicted with the dreaded writer's block at some point in their careers. Some writers suffer from it more than others. Students are especially prone to writer's block because deep down they have little interest in writing the paper they have been assigned. Professional writers at least have a monetary motivation and hopefully they are writing about something they are interested in. Staring at a blank page for hours on an end is not productive and it will not put food on the table. 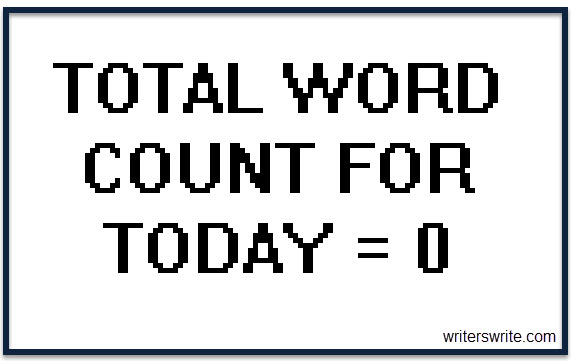 A writer's block meme can be anything that supports the notion of being or feeling mentally blocked and unable to write. A search on Twitter for writer's block will turn up many of them as well as a Pinterest search. The popular "You Should Be Writing" meme that we mention on the main writing memes page certainly fits as does any meme involving procrastination and writing. However, procrastination is technically an easier problem to fix than writer's block because once you finally sit yourself in the chair you should have no problem writing. That is not the case with a true case of writer's block.

Writer's block was around before the Internet and social media. It has been represented by cartoonists for many years. You can see some of them if you search Google for writer's block cartoon. Sometimes writer's block is represented as an actual weight or block in these funny cartoons. Some real objects have also been created so writer's block can take a more physical form, such as a paperweight for your desk. There are many such blocks on Etsy. There are also writer's block mugs, such as this one on Amazon.com that says, "Writer's Block: When your imaginary friends stop talking to you." 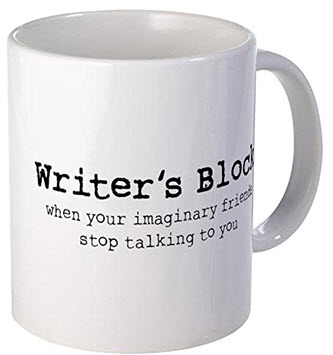 If you are here because you are suffering from writer's block you might try some writing prompts to recover. Other good ideas include taking a short nap - a tired brain is less creative. You could also take a walk or get exercise or try reading to stimulate your creativity. We hope you make a quick recovery!