These words all provide a way of expressing agreement in various degrees. Yea, yeah, yah and yup can all act as synonyms for the word yes. Yay is an exclamation indicating that you are quite happy about something that just happened. It can also indicate approval.

Yea is used most frequently to indicate an affirmative vote, a yea vote. You will often see yea and nay vote tallies on C-SPAN's coverage of house voting. People might write "yay or nay" by mistake because of the way nay is spelled but "yea or nay" is the correct way. Here's a still image showing yea, nay and present votes. 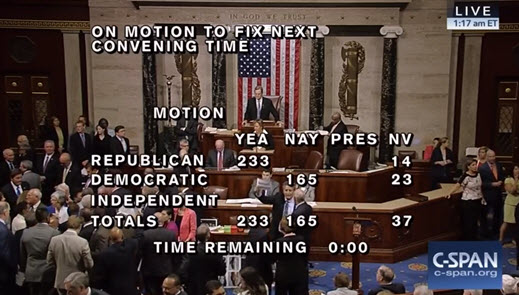 Yeah is an affirmative word meaning yes. Sentence examples include: "Yeah, I agree with that." or "Yeah, let's binge watch another episode." If can also be used in the expression, "Oh yeah!" The Kool-Aid Man uses this expression when he makes a surprise entrance after smashing through a wall.

Yay! The word yay is an exclamation expressing joy and excitement. It is a homophone of yea. They both rhyme with "say" and "away." An entry on Grammarly says that this can sometimes cause confusion, but the different meanings of the words is clear. An example sentence is "Yay! We won the game!"

Yup, yep and yeh are also affirmative declarations. "Yup, let's do that."

Another closely spelled word, yah, is defined as "an exclamation of impatience or derision" in the Random House Dictionary. It can still mean yes when used as "yah, whatever."