On Writing by Stephen King Review 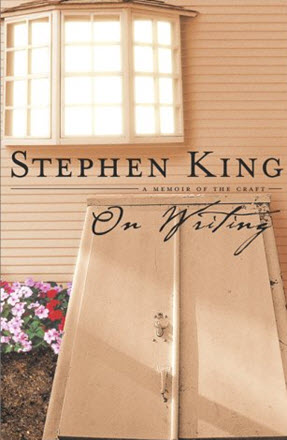 Stephen King actually debated whether it was "okay" for him to write this book; he didn't want to seem presumptuous, and he was afraid it would make him feel like a literary gasbag.

He needn't have worried. The story of how he became the great writer he is today (with advice for writers included) is both interesting and informative. On Writing is a combined autobiography (although he claims it is not because he can't remember some of the earliest bits of his life with the greatest of clarity) and writer's aide. King gives readers some specifics about his life: growing up with the pain he experienced when doctors burst his ear drum to relieve fluid from an ear infection, his genius brother's wild experiments, living on food stamps, falling in love with Tabitha (now his wife) in college and his early publishing failures and successes.

Yes, even Stephen King failed, early on. He began by posting his rejection slips on a nail on his wall; later, he needed a larger object so he used a spike.

King also openly discusses how he overcame addictions to alcohol and cocaine with the help of his wife. A chapter about his recent unfortunate accident, when he was walking and was hit and seriously injured by a van, is also included.

King explains how important it is for writers to read and write a great deal, and also provides a list of recommended books to read. He suggests that writers have a copy of Strunk and White handy, and tells them how to build a multi-level writer's toolbox, which is full of grammar and vocabulary tools.

King also discusses how he unearths his stories, a bit like an archaeologist does, and gives details about how he edits his books. Writers would be crazy to ignore Stephen King's advice. And any of Stephen King's Constant Readers will enjoy hearing his telling of the story of his life thus far, and his thoughts on the craft of writing. Highly recommended.

On Writing by Stephen King