Everyone is familiar with procrastination. Students and professional writers all come up with writing excuses from time to time. Everyone suffers from procrastination now and then. Some people are far bigger procrastinators than others. We all know someone who will do anything but sit down and write. Hopefully, you are not one of these people.

Students are notorious for procrastinating. Students are more likely to do this probably because they do not yet have a job on the line. They also have not learned any time management strategies. Many students find themselves staying up all night long and writing the paper the night before it is do. This can make a person ill and the result will probably not be the student's best work. Professional writers that do this will ultimately find themselves missing important deadlines. 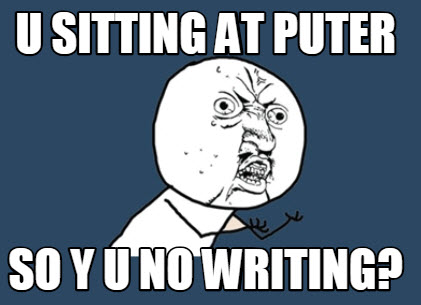 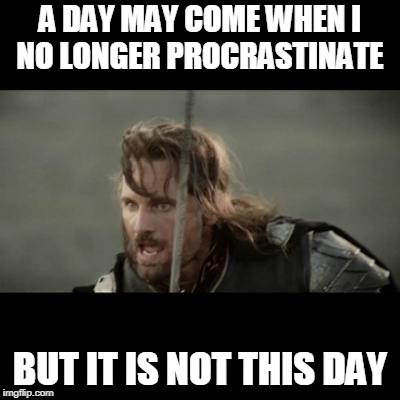 There are many that people or cartoons stressed out by the realization something they procrastinated is due the next day. Others boldly announce procrastination. In the image above Aragon is boldly stating that one day he will no longer procrastinate but "it is not this day." The you should be writing meme that we discuss on the main writing memes page is also a type of procrastination meme.

The procrastination meme was alive in well in cartoons years before there was an Internet to share meme Gifs on. You can find some of them on Google Images. 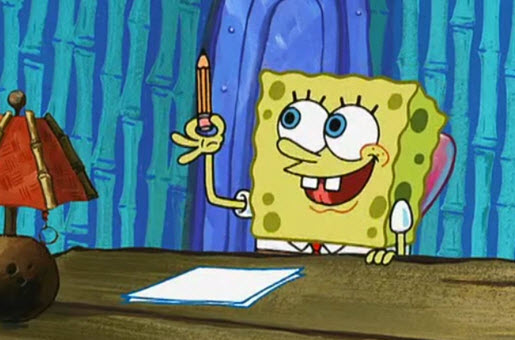 
The length to which students will procrastinate the writing of an easy school paper was captured perfectly in a SpongeBob episode called "Procrastination." SpongeBob has to write an 800 words essay. The topic is "what not to do at a stoplight." SpongeBob has a terrible time starting the paper. He even says writing the paper should be "against the law." His many distractions include calisthenics, feeding his snail Gary, cleaning up kitchen messes, calling Patrick and snacking. After falling asleep SpongeBob finds himself with just five minutes left to write the paper.

Excuses for Not Writing

Writers face many modern distractions that can augment procrastination. Even worse these distractions are right there on the tool (laptop or desktop) you are using to write. While sitting at your computer there are often many more fun things you could do than write, especially if you let the Instant Gratification Monkey take over. This image shares a few some of the computer distractions the modern writer faces and how all your writing time can quickly be spent on something unproductive. 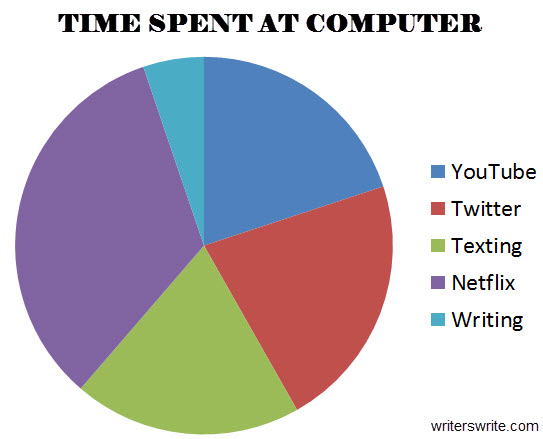