What Makes a Hit Song?

We hear them every day. We sing them in the shower and whistle them at work. We surf the car radio hoping to hear our favorites. We're amazed at how quickly they can turn 'nobodies' into celebrities. What are these magic musical marvels? They are HIT SONGS -- the Top Forty -- the Saturday Countdown -- the Billboard chart-toppers, and they are most certainly what every aspiring songwriter hopes to write.

Hit songs are also essential for every aspiring vocalist/artist -- especially those who do not write their own material! No matter how great a voice may be, it must be coupled with a Hit Song to launch the artist into the Music Galaxy. As an aspiring singer, you may think that if a song comes from a big publishing company, or a famous songwriter, it is bound to be a Hit, right? WRONG!

No matter how successful a publisher or writer may be, not every song in their catalogs will be a Hit -- and they know it. That's why they have their "A" Songs, "B" Songs and "C" Songs. If you are an unknown artist, the publisher may happily allow you into the C Catalog, but believe me…they are saving the slamdunk Hits for the major artists. On the flip side of that scenario, however, if you are able to identify Hit material yourself, you may find gems in unexpected places -- perhaps right under your nose in your own music community. It's up to you to know how to choose songs that fit you and have the potential to take you to the top.

Perhaps we songwriters/artists/musicians should take a step back and strike a more professional perspective about our "product" -- the songs we write and sing. If we were shoemakers, but we didn't quite know what a shoe looked like or how to identify a "real shoe," we probably wouldn't be too successful in the Shoemaking Business. The same is true for us in the Business of Music. We must know exactly what a Hit is before we can write one or find one that will launch our careers.

One of the best ways I know to identify the ingredients of a Hit is simply to dissect it. If you want to know what makes a clock tick, take it apart. If you want to know what makes a Hit "hit home" with millions, study the songs that are in heavy rotation on the radio. And don't just study your favorite genre. Even if you don't particularly like a certain style of music, there just might be something you could learn from a song that is selling millions of copies! Humble yourself. Open your mind. Listen not only as a listener, but as a professional. Learn what it is that makes a song work!

Let's practice a little. Take a song like LeAnn Rimes' first chart shattering hit, "Blue", written by Texas radio legend, Bill Mack. Personally, I first met LeAnn when she was nine, and even at that young age, there was no doubt that she had what it took to make it as a singer. It is probably fair to say that if "Blue" had not been put into her hands at age 12, she would have "made it" with another song -- sometime -- somehow. But "Blue" was THE song! Written by Bill Mack for Patsy Cline over thirty years before, Patsy died before she could record it. When Bill heard LeAnn's remarkable voice, he dug it out of the vaults for her.

We all can probably still hum that famous yodel that identifies the hook/title, but if you need a refresher, you can download the song at iTunes for 99 cents and hear it again.

What can we learn about this song as we dissect it? In my consultation work with aspiring writers and artists, I am amazed at the talent and music knowledge many of my clients possess. Many of the self-produced CD's I receive for review are as good as or better than nationally produced recordings. Why, then, are these talented people not at the top of the charts? Here are some possible answers:

We artists often tend to become so enmeshed with our art that we become overly preoccupied with "expressing" ourselves through our music. We pull out all the technical, theoretical, vocal and musical acrobatics we have learned over the years, in order to make our songs interesting and unique. In the process, however, we often miss the essential "connection" with the listener. (And remember: most music consumers know nothing about music or music theory. They don't even care that you used an augmented fifth or a flat nine -- or that you have a 3 ½ octave range!) Listeners want to "get" the song...not "get lost" in the composition. They want to be moved...feel something...laugh, cry and identify with the song. If it fails to make that connection, the song will NOT be a hit...no matter how well-produced or performed it may be.

It's not just amateurs who fall into this quagmire! We have all known of successful and very gifted artists who may have had several major hits on one record...only to be followed by another record that totally bombs! Why? Perhaps because they start allowing themselves the luxury of writing and performing esoteric melodies and cryptic lyrics that, while personally profound and artistic for them, have absolutely no connection with the average radio listener. And when the listener gets lost, they change the channel! End of story!

Leading with Your Strengths

If you are a newcomer to the Entertainment Industry, you may be as surprised as I was to learn that it is a very uncreative industry. Check out the new lineup of television shows for this fall, for instance. If one network had a Hit with a "spouse-swapping" reality show last year, there will be three more this year on other networks...basically the same show with different titles. If there was a Hit "crime scene investigation" drama a couple of seasons ago, there will be several more this season -- the only difference being the city where the dramas occur.

The same is true with Music. If one record company has a major Hit that tops the charts, you can bet a dollar to a donut that every other major company will be instructing its artists and writers to "write one like that!" In the hustle to clone last year's successes, the truly unique artist often gets passed over. And the double irony is that clones NEVER make it as big as the original!

A few years ago a very gifted Hispanic artist finally landed his dream "record deal." As a singer-songwriter, this artist can sing and write eloquently and flawlessly in not one -- but two languages. Many of the songs he brought to the label were clever, fresh, and true to his ethnicity without losing the mainstream audience. When it came time for the record label to release the first single, they had a choice. They could release one of the exquisite songs in which this artist sang in both impeccable English and Spanish, or they could go with a "vanilla" song that sounded like several thousand other similar songs from other labels. Wanna guess which one they chose?

The epilogue to this story is that this extremely multi-faceted artist is now taking back the reins for his own career, writing the songs that are in keeping with his strengths and that connect with his audiences.

Don't let the pressure of crafting or performing a Hit lead you away from your strongest talents and abilities -- even if you aren't exactly like the artists that "made it" last year. If you know that you are connecting...that people are responding to one particular song or style of songs, go with your gut and lead with your strengths. It may take a little longer to get there, but you will eventually reach the audience that can bring your career to a whole new level.

What makes a Hit? The answers can be as many and varied as the artists and writers who combine to create them. Analyze the Hits of today. Work to connect in every way possible with your listeners and lead with your strengths. Gradually, you will develop an intuitive recognition of what is and is not a Hit. You will choose to write, re-write, network, search for and find the songs that will transport you to your Destiny!

Write me when you make Billboard! 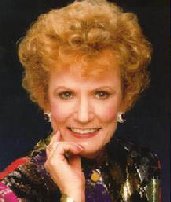