We grow up being told to "write" what we "know", but history is the unknown. You have to learn almost everything about a period and the social customs just to get your characters out of their beds, (or off of their skins,) and feed them breakfast.

The authenticity of historical fiction depends on your knowledge and use of historical detail. It is not enough to say a character walked down the street. The reader has to be able to see the street, see the conveyances; he has to smell the smoke from the factories or the sewage in the gutter. If there are street vendors, he has to know what they're selling. This is a new world: the reader can't fathom it unless you give him images. These should be accurate and not recycled from old movies.

Here are two suggestions apart from the usual methods of research. Rule #2: Dump the Ballast.

In order to write authentic historical fiction you must know a period of time well enough to disappear daily through a wormhole to the past and arrive at the location of your story. There you must understand the customs and use the manners perfectly enough to be accepted by people walking the streets (if there are streets) and to dress yourself, and make a living. This said, the major trick of writing good historical fiction is not in compiling research or knowing the details, but in knowing the details to leave out. Try to avoid overwriting. Keep perspective on what will interest the reader. Historical fiction writers tend to be overly conscientious and excited by minutia: if you succumb to excess, and put in too much detail, then go back later and take some of it out. Think of your novel as a boat that is about to sink from having too much weight on board: some of the loved items will have to go. Toss them over with impunity! Throw them out! If a rare, surprising statistic, or a moving anecdote, or an obscure reference you saw to an interesting thing that happened in the county adjacent to the one where your story takes place, does not advance your plot or provide your reader with important information about your characters, then it is irrelevant to your story and must go overboard.

Keep in mind that the care, and time, it took to assemble all that you have just thrown out has not been wasted. It was necessary to gather these facts and assess their worth in order to know which ones to save.

If your characters are based on real people and you are using the names, be reasonably responsible to the originals. You are probably going to have to fill in a lot of gaps in the historical record: you may know from the record what a person did and when he did it, but not why. It's the "why" that defines his character. Ask yourself: Am I getting this right? Am I getting it close to right? Am I doing this person a disservice?

We live in the 21st century with certain shared values: our society disapproves of prejudice and chauvinism and provincialism. But your characters are people of their own times; allow them to be bigoted or politically backwards. Don't pass judgment on them, don't apologize for their mistakes, and don't attempt to make them all into free thinkers who are ahead of their times. You have to be able to see the story from their perspective, even if it offends you. If you judge your characters, you will date your book. Years from now when your own moral sensibilities are antiquated, your book will be too.

Rule #5: Watch Out for First Person.

I put down three books recently because I was annoyed with the first person viewpoint, which came across as self-absorbed. Unless you're writing in the form of letters or journals, make sure any first-person character has a good reason to be telling his story. People tend not to like people who notice themselves too much or describe themselves or seem overly aware of how others perceive them. Anyone relating a story about himself -- what he said, what he was wearing, what inflection he had in his voice or what gesture he made as he spoke some pronouncement -- we dismiss as annoying and self-important. We feel the same about characters. There are many beautiful books written in first person, but know the challenge of this before you start out, and be sure to give a credible reason why your character needs to tell his story and why he deserves an audience.

Rule #6: Don't Get Bogged Down by Back-story.

It is easy to be overly dutiful and bore your readers with too much background information delivered too soon. There is no surer way to lose your reader than to answer every question before he wonders about it. Don't explain everything up front or set things up too thoroughly. Instead, let your story unfold dramatically. Clarity will emerge eventually. The trick is to delay telling back-story for as long as possible. You will find that most of it is never needed. It percolates up through the real story when the real story gets going.

Historical novels usually take several years to write, as they require research at every turn. You won't always be able to anticipate what you'll need to know for a scene, and will constantly have to be returning to your references. This is entirely different from writing contemporary fiction.

Take, for example, in my part of the world, a trip from Austin, Texas to the nearby town of San Marcos. If you are going to write a present-day scene in which your character makes this trip, you will simply need to put him into a vehicle -- a pickup, or a Volvo -- and head him south for forty minutes on the flat terrain of interstate 35, passing strip malls and fields and the town of Buda. He will then take the exit marked "Wonder World", named for a local cave and visitor's center, and arrive in San Marcos. The only research needed to write this scene will be to drive the route yourself.

But if your character takes this journey in 1906, you will have to learn a few things before starting him out, and learn more things along the way. First of all, you need to know where the road is, and what's on either side of it, and what kind of conveyance your character is driving. If it's a flatbed wagon, what's pulling it -- a horse, a half-lame mule, two mules? How often do mules need water? How much traffic will there be? Any cars? What kind of food or luggage do you have along? And what if a wheel breaks, and you have to fix it, and you cut yourself with a rusty tool -- how do you disinfect the cut? Do you even know about disinfection? When did people figure out where tetanus came from? And -- assuming that you eventually make it to San Marcos, what's in San Marcos, anyway? As for the Wonder World exit -- when was the cave called "Wonder Cave" actually discovered?

But here is where the magic comes in: you begin to think, "Wow. The discovery of Wonder Cave. Now that would make a scene . . ." And then suddenly you have a story, and a book to write. The only problem, of course, is that you will soon find out that Wonder Cave was discovered in 1898 instead of 1906, so you will have to move your story back eight years and find out what sort of vehicles they drove in 1898 and along what road, and the rest of it, or else joggle the facts and sacrifice credibility in the name of literary license. Or ditch Wonder Cave.

Writing historical fiction is like trying to get to San Marcos when you have no car, you don't know where the road is, and you have never in your life harnessed a half-lame mule to a flatbed wagon.

Assume it is going to be a while before you arrive.

None of these rules, obviously, is iron-clad. I'm sure there is a brilliant counter-example somewhere for each and every one of them. I hope you find them useful. Good luck! Happy Travels! God's speed. 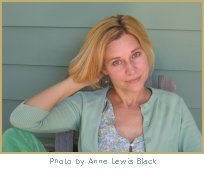 Elizabeth Crook is the author of three novels The Night Journal (Viking), Promised Lands (Doubleday) and The Raven's Bride (Doubleday), and has been published in anthologies and in periodicals such as Texas Monthly, Publisher's Weekly, and the Southwestern Historical Quarterly. Born in Houston, she has lived in Texas, Australia, and Washington, D.C, and currently lives in Austin with her husband and two children.