As Christmas approaches is when you will most like hear or read the phrase "'tis the season!" And you will probably hear more than once. It isn't used to refer to the spring, summer or fall. The most familiar source for the phrase for many is from the lyrics to 'Deck the Halls' Christmas carol. The carol contains the words, "'Tis the season to be jolly," which is followed by "Fa-la-la-la-la, la-la-la-la." You can read about the origins of some of the Christmas carols here. 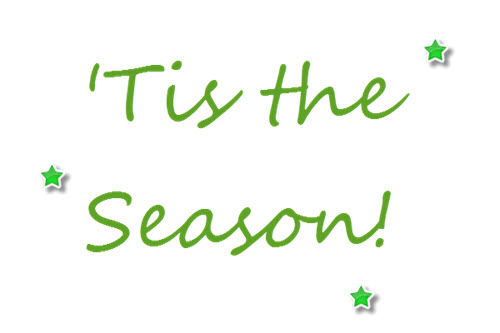 The phrase simply means "it is the season," with "the season" referring to the holiday or Christmas season. The definition of 'tis is "it is." The Merriam-Webster entry for 'tis uses a quote from Mark Twain's Tom Sawyer: "There 'tis again! Didn't you hear it?" This use of 'tis is no longer common and the contraction typically only shows up near the holidays for its use in holiday discussion, advertising and music.

The word "twas" has also fallen out of modern usage and is also now associated primarily with Christmas. It is best known as the poem, "Twas the Night Before Christmas." A Christian Science Monitor story points to Google Books Ngram Viewer that shows use of the word "tis" is books was most common from 1650 to 1750 and its use has greatly diminished since then. Click the blue "search lots of books" link when you get to the Ngram Viewer page.

Here's the a cappella group Pentatonix performing an impressive version of "Deck the Halls." You'll hear the "'Tis the season to be jolly" line more than once.