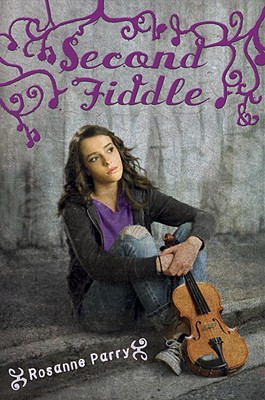 For those who think there cannot possibly be any adventure in playing in a string trio, think again. Second Fiddle is a gripping novel for young people that will definitely take them on an adventure through the most venerable sites that Paris and Berlin have to offer. Readers who will devote even a little time to the first few pages will find themselves swept into a riveting adventure through the remnants of Post-Cold War Berlin and Paris, a city that endures and nourishes each generation through the arts.

Three girls, all daughters of American parents stationed in Berlin after the fall of the Berlin Wall, play in a trio under the tutelage of Herr Muller, an old man who has been a member of many orchestras, even composing for some of them. The girls are deeply disappointed to learn that they will not be able to travel to Paris to compete against other young musicians for a prize at the Sorbonne. To console themselves one afternoon the girls decide to cross into East Berlin to visit a new gelato shop. Afterwards, as they stroll down by a fetid smelling river they are shocked to see two Russian officers beat up a man and throw him into the river to drown. Frightened and upset the girls rush to see if they can help; after this, the adventure races from one surprising event to the next at warp speed.

One of the windows that Second Fiddle opens for the reader is insight into the heart and soul of the classical musician. Jody, who tells the story, lets us into a part of her mind that, may not be understood by some as she works on writing a canon in honor of the three girls' special friendship. She calls it "A Canon for Three Friends."

The author includes a fascinating visit into a very special place for writers in Paris: Shakespeare & Co., the heir to the original Shakespearr & Co. that nourished the talents of many writers who lived in Paris after the end of World War I. The Shakespeare and Co. that succeeded the first bookstore, also named Shakespeare & Co. nourished the talents of writers who visited there in the late 20th century. Rosanne Parry treats the reader to a visit to the famous bookstore and its fabled owner, George Whitman, when she has the three girls show up there needing help. This enticing chapter gives the reader a chance to become acquainted with this unique and quirky man who has helped so many writers. The two stores have become part of the literary history of the twentieth century. Mr. George Whitman, now in his late nineties, is, at this writing, still living at the bookstore at 12 rue de l'Odean.

Any young reader will be enriched and entertained by reading Second Fiddle. The author deftly interweaves an introduction to the literary and political history of the twentieth century into an adventure containing spies, mysteries, and romantic locales, this story is certain to be a favorite.

Second Fiddle is available for purchase on Amazon.com