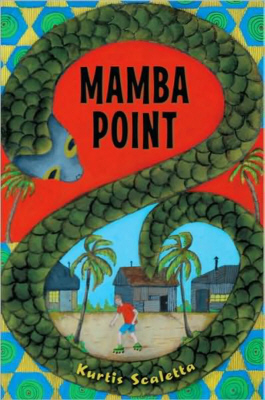 From our childhood all of us have been fascinated by the continent of Africa. We are thrilled by its wildlife, horrified at its dangers, and frightened by its superstitions. Science now believes that Africa was mankind's first home, and we must admit the pull it has on us.

In Mamba Point we meet Linus Tuttle who has a long list of problems to solve. His older brother barely tolerates him, his classmates have had a great deal of fun with his name, and he has to deal with panic attacks. Now, with the entire family moving to Monrovia, Liberia, where his dad has accepted a job with the U. S. Embassy, Linus resolves to become a new, fearless Linus.

This resolve is immediately tested on the family's arrival at the airport in Monrovia when a man runs up and kills a deadly snake that had been approaching the family. The snake was the deadly Black Mamba, one of the most poisonous snakes in the world. Linus thus begins his new life in Africa, and his relationship with the fearsome species begins.

Speaking with the authority of one who has lived there, Kurtis Scaletta tempts the reader to follow Linus' tale of growing up in the company of a family and a secret relationship with a deadly snake. The reader is compelled to see the increasingly dangerous adventure through to its inevitable, nearly tragic, conclusion. Mamba Point will hold any reader captive through to the rapid and stunning end.

Mamba Point is available for purchase on Amazon.com